One of Piper Halliwell's more powerful spells, she creates this spell in Cat House while she and Leo were going through marital difficulties that were affecting her powers. Seeking the advice of a marriage councillor to help them overcome their issues, Piper grew tired of the councillor’s "advice" and thoughts about their marriage; she wrote and cast the spell to relive memories. After cast, the spell actually made her, Leo, Phoebe, Paige along with Kit/Katrina and the Familiar Hunter relive several past events involving Piper and Leo.

Let the Truth be Told,

So we can Relive our Memories

and Stop being Enemies.

First up, Piper remembers when Leo was still just their handyman and she and past Phoebe were admiring his "assets." Present Phoebe and Paige stood by watching the memory unfold, 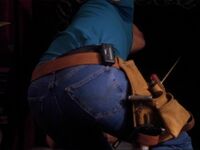 Second, Piper discusses the memory where she and Phoebe, while under Dantalian's dark magic, freeze and smash Leo into pieces. Phoebe and Paige arrive in the memory and see Dantalian looking at the Book of Shadows and then past Piper and Phoebe walk in, freeze Dantalian and smash her hand. Leo orbs in and tries to explain they are being affected by dark magic and need to try to overcome it but unwilling to listen to him, Piper freezes him and Phoebe smashes him. Piper walks out, stepping on the pieces of Leo. 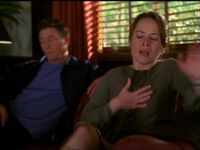 Third is when Piper and Leo attempted to marry at Halliwell manor; along with Prue, Phoebe, Victor, Patty and Grams presiding over, Prue’s Astral Projection surfaces and rides out of the manor on a motorcycle crashing the wedding. Disappointed by this, Piper calls off the wedding, saying it’s not meant to be but Leo and her family comfort her and Leo proclaims nothing will stop them from being together.


Fourth, when Leo was struck by Alec, a Darklighter's poisoned arrow; while in the attic, Piper switched powers with a dying Leo, having to proclaim her love to activate the healing power, Piper realized she was in love with him as she healed him with her touch, as Present Phoebe and Paige watched. In this memory, Paige and Phoebe discover Kit was their Familiar. 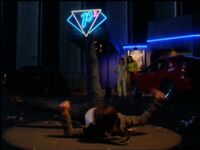 Fifth is when Piper summons the courage to ask Leo out after he spills a caffeinated beverage on himself. Next up, while Piper is the parking lot at P3, she was tripped by Trolls, blaming the Elders for kicking her while she was down, she proclaimed her love for him and that she’s a good witch and deserves Leo. She said she was going to stand in that very spot until they returned Leo to her, still nothing happened.

Next is remembering when Prue was turned into a dog to track a Banshee and Leo comments on Prue, saying he thinks she would have been a Doberman. The following memory is when the sisters are held prisoner by the Evil Enchantress and Leo rushes to their rescue, he knocks out the Prince and releases the sisters. Piper is highly impressed by how Leo can be aggressive and by how he'll do anything to protect her.

Then time jumps to when Leo and Piper are in the shower and Phoebe walks in; originally 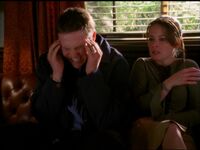 it is Prue that walked in on the two of them and Piper tells her to get out. This time when Phoebe comes in Piper asks her if she changed her hair. Cut to Piper at P3 dancing on tables while possessed by Terra's Life Essence.

Up next was the memory where Leo is in the bathroom at the Halliwell's practicing proposing to Leo, Piper walks in and he proposes, she says yes. Phoebe and Paige hear a cry from the attic in this memory, it was Kit. They rush to the attic, the cat is dead. 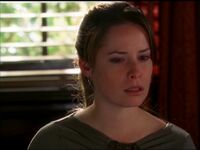 Cut to Leo and Piper in councillor's office, Leo hears the cries of all his charges who were in some way affiliated with Kit. They call to Piper who subconsciously hears her sisters telling her to recall the past memory again so they can go back and save Kit. She does so, the sisters rush to the attic to save Kit and vanquish the Familiar Hunter. 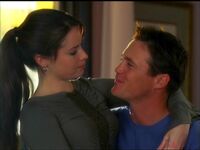 Ultimately, the spell worked, after reliving their memories, they realized they truly love one another and need to stop bickering about the small things. After which Piper writes a spell to reverse this one, getting her sisters out of her head.

While Paige and Phoebe were stuck in the past, they visited these episodes.

The scene were Piper and Phoebe, turned into warlocks, torture Dantalian and shatter Leo. Paige and Phoebe hide behind a trunk.

The scene were Prue joins T.J. on his motorbike and ride away. When they ride off, the cake falls over. Paige and Phoebe hide in corners and the kitchen.

The scene were Piper is finally able to heal a dying Leo. Paige and Phoebe hide behind a trunk. Paige cries and finds that it's just like in the movies. The scene was extended to fit the memory; Piper and Leo orb downstairs.

The Truth Is Out There... and It Hurts[edit | edit source]

The scene were Piper and Leo share their first kiss. Paige and Phoebe hide in the living room.

Once Upon a Time[edit | edit source]

The scene were Piper, under a spotlight at P3, yells to the Elders and swears to not save another innocent until they send Leo back to her. Paige and Phoebe hide behind a car.

The scene were dog Prue hunts Kit and Leo tries to calm down Piper, however, he's unsuccessful. Paige and Phoebe hide in the sunroom.

A Knight To Remember[edit | edit source]

The scene were Leo fights a guard in the 12th century. Piper and Phoebe are very impressed. Phoebe and Paige hide under a little table.

The scene were Piper and Leo take a shower but are interrupted by Phoebe. The scene was changed in order to fit the memory. Instead of the 2000-Phoebe walking in, it was the 2003-Phoebe walking in. Because of this change, the reason why Phoebe walks into the bathroom was also changed; she goes in to find Kit instead of her lipstick. Paige stays in the hallway.

The scene were Piper table dances on the bar at P3. Paige and Phoebe don't hide.

The scene were Leo proposes to Piper in the bathroom. Paige and Phoebe hide in the toilet.

Behind the Scenes[edit | edit source]

Why this spell affected Paige and Phoebe is unknown but it is assumed since the problems with Leo involved and affected the Power of Three and her powers, ultimately her sisters would relive the memories as a way to learn how deeply entertwined their sisterly bond is with the Power of Three.

Retrieved from "https://charmedlegacy.fandom.com/wiki/Piper_Halliwell%27s_Spell_to_Re-Live_Memories?oldid=4684"
Community content is available under CC-BY-SA unless otherwise noted.