Bianca: "Here?"
Chris: "This is still our spot Bianca. No matter what he's done to it. Marry Me."
Bianca: "On one condition: You come back to me, safely."
Chris: "Have I ever let you down before?"
— Chris proposes to Bianca at their Spot. [src]

The San Francisco Palace of Fine Arts was Chris Halliwell and his girlfriend Bianca's "spot" in the future that an evil future Wyatt Halliwell destroyed. The Palace served as the spot where Chris proposed marriage to Bianca and where they discussed his going to past to save their future. In the present, it served as the location where Bianca explained to Chris why she "turned" to the dark side and told him that Wyatt won't hurt him as long as she strips him of his powers.

The Palace can also be seen in a few opening scenes throughout the later seasons of the series.

Originally constructed in 1915, the Palace of Fine Arts is a monumental structure built from the Panama-Pacific Exposition to display magnificent works of arts situated on seventeen full acres of land. It is built around a small artificial lagoon and is comprised of a 1100 foot arch formed by rows of Corinthian columns framing a wide walkway, known as a pergola, around a central rotunda situated by the water.

The Palace is located in the Marina District of San Francisco, California on 3301, Lyon Street in the Bay Area.

It was originally designed by renowned architects William Gladstone Merchant and Bernard Maybeck.

It's architectural style of Beaux Arts based on Roman and Greek design.

In the Present[edit | edit source] 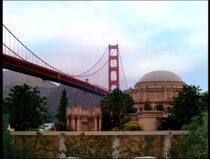 The Palace and the Golden Gate Bridge 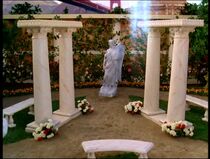 Chris orbs to their spot 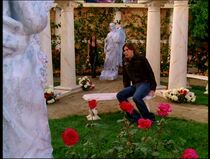 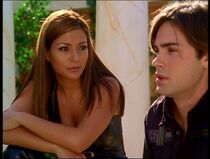 In the Future[edit | edit source] 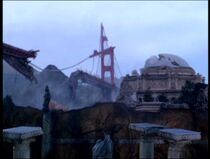 Ruins of the Palace and Golden Gate Bridge 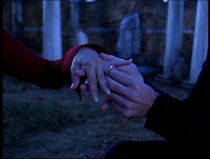 Chris places engagement ring on Bianca's finger as he proposes 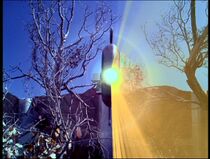 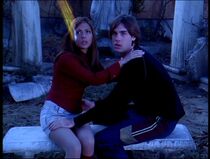 The probe surveils the couple
Add a photo to this gallery
Retrieved from "https://charmedlegacy.fandom.com/wiki/San_Francisco_Palace_of_the_Arts?oldid=4657"
Community content is available under CC-BY-SA unless otherwise noted.